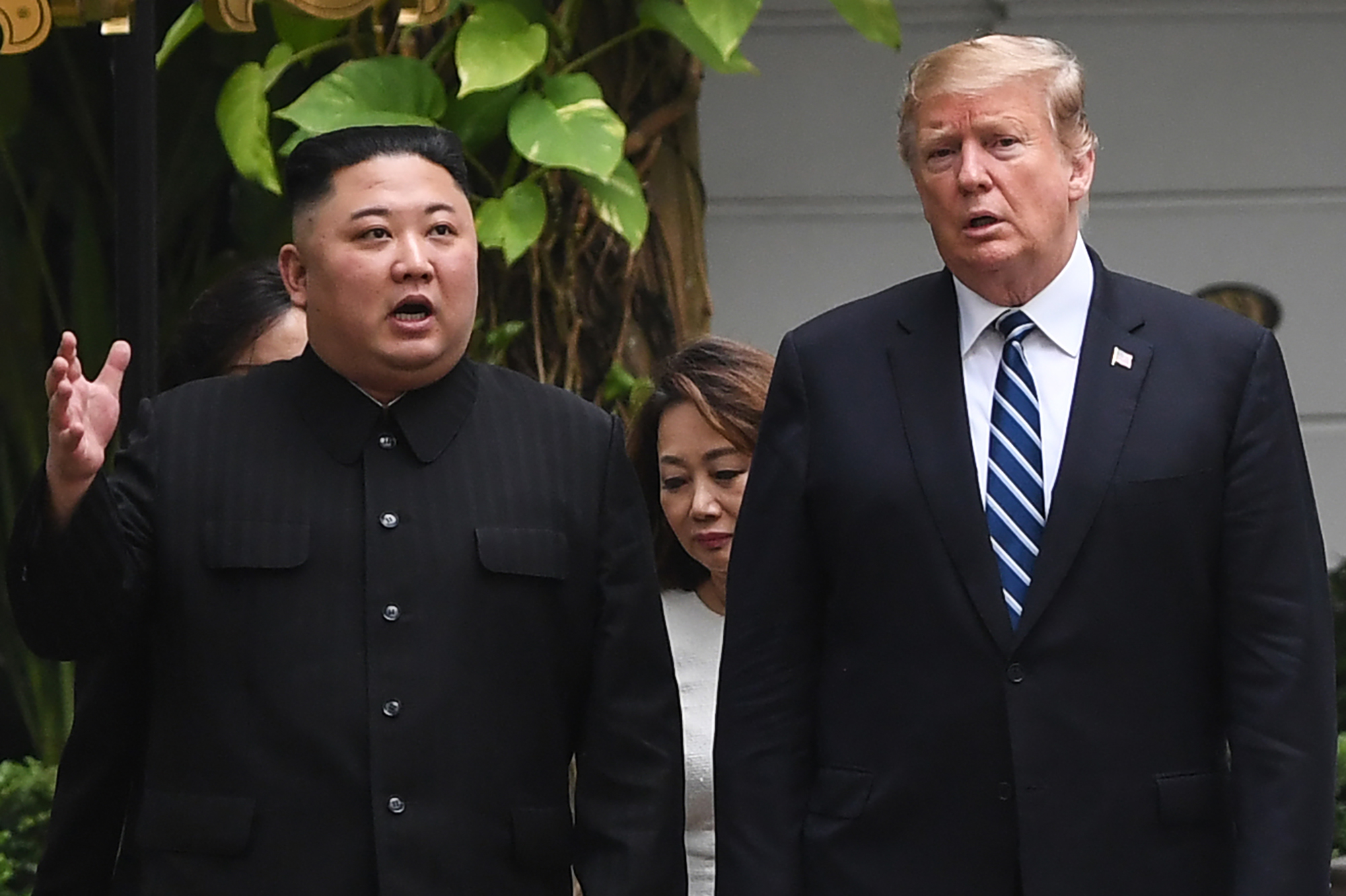 Former President Trump offered North Korean strongman Kim Jong Un a ride home on Air Force One after their summit in Vietnam, it was revealed Monday.

The overture followed their 2019 sit-down, during negotiations over North Korea’s nuclear program, the BBC reported.

Although the talks broke down — with Trump saying “sometimes you just have to walk” — the ex-president displayed a bit of hospitality.

“The president knew that Kim had arrived on a multi-day train ride through China into Hanoi and the president said: ‘I can get you home in two hours if you want,’” Pottinger said. “Kim declined.”

It wasn’t the first time Trump stunned staffers while meeting with Kim.

When the two leaders met in Singapore the year before, Trump suddenly agreed to Kim’s request to suspend joint military exercises between the US and South Korea.

“Kim Jong Un, as he had many times in the past, complained about the big joint exercises between South Korea and American forces, which had been going on on the Korean peninsula for about 60 years plus,” former National Security Advisor John Bolton said during the BBC series.

“Trump, out of nowhere, said, ‘I’m going to cancel the war games,” Bolton said. “There’s no need for them, they’re expensive and it will make you happy.’ I couldn’t believe it.”

The revelations are in the third and final episode of the BBC series, which is scheduled to air on Wednesday, the network said.

Obama, Bruce Springsteen team up for new podcast on Spotify

Obama, Bruce Springsteen team up for new podcast on Spotify